MANY EVENTS ON AND OFF THE BIKE

COME TO AMERICADE, LEAVE WITH MEMORIES

THE SELL OUT FAST

WE OBSESS, YOU ENJOY

The biggest ‘complaint’ we get is, “there’s too much to do in a week.”  Don’t miss these events!

GET YOUR PASS TO AMERICADE! 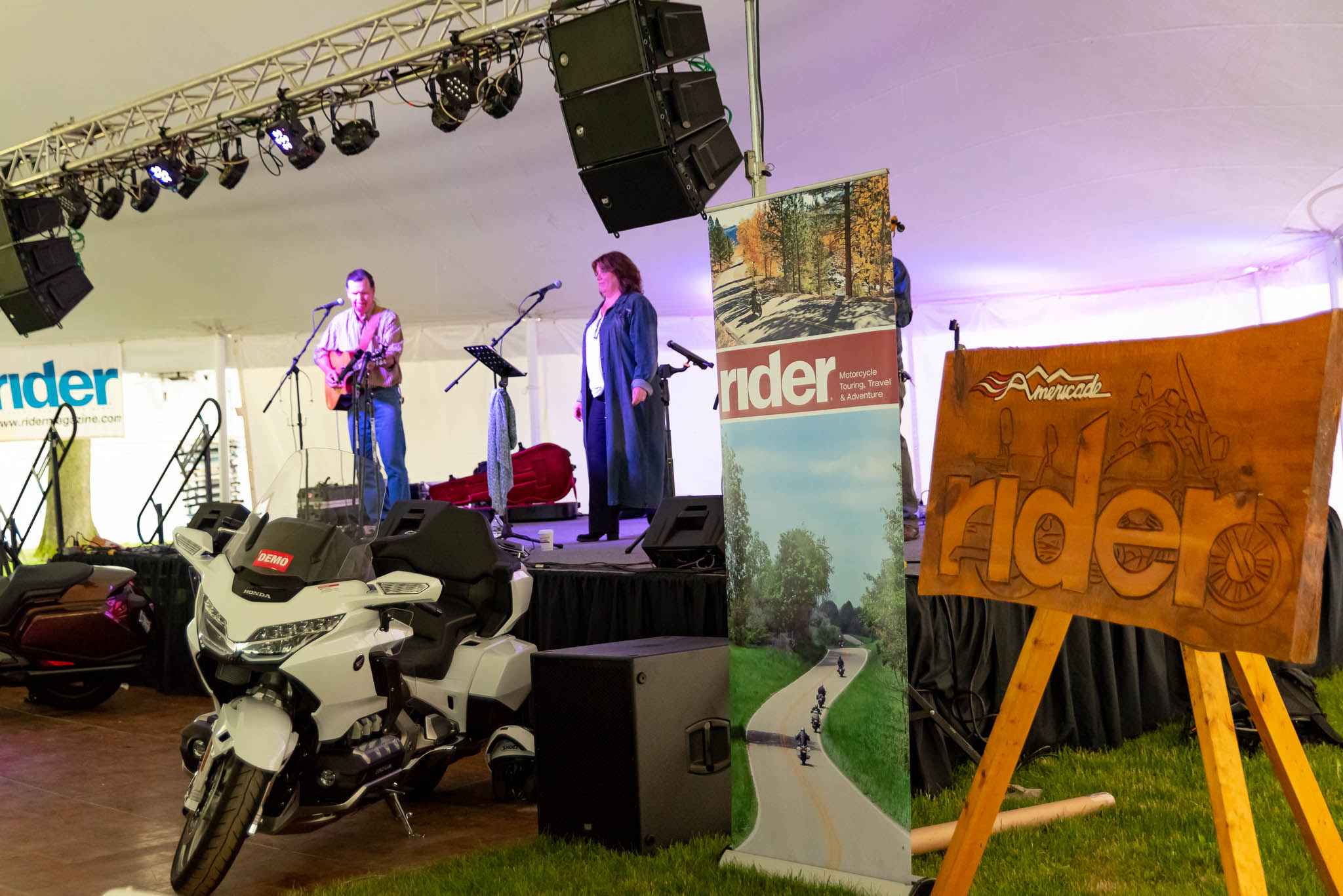 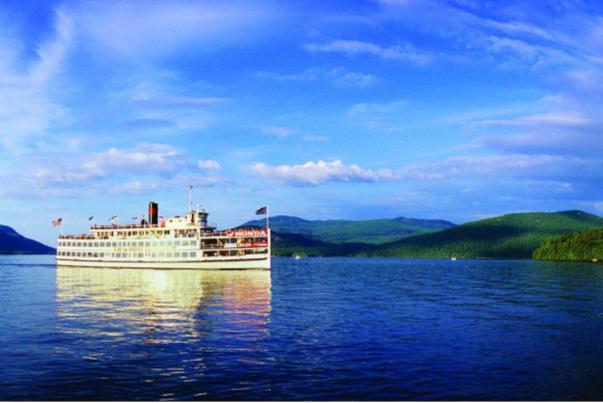 Cruises on Lake George (voted the most beautiful lake in the U.S.) with dinner, live music and prizes from motorcycle companies!  These are a “must do.” 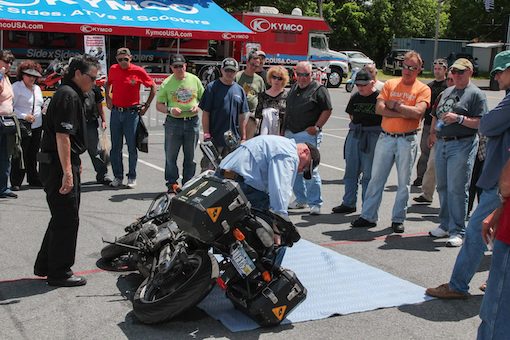 “One of the best kept secrets at Americade” 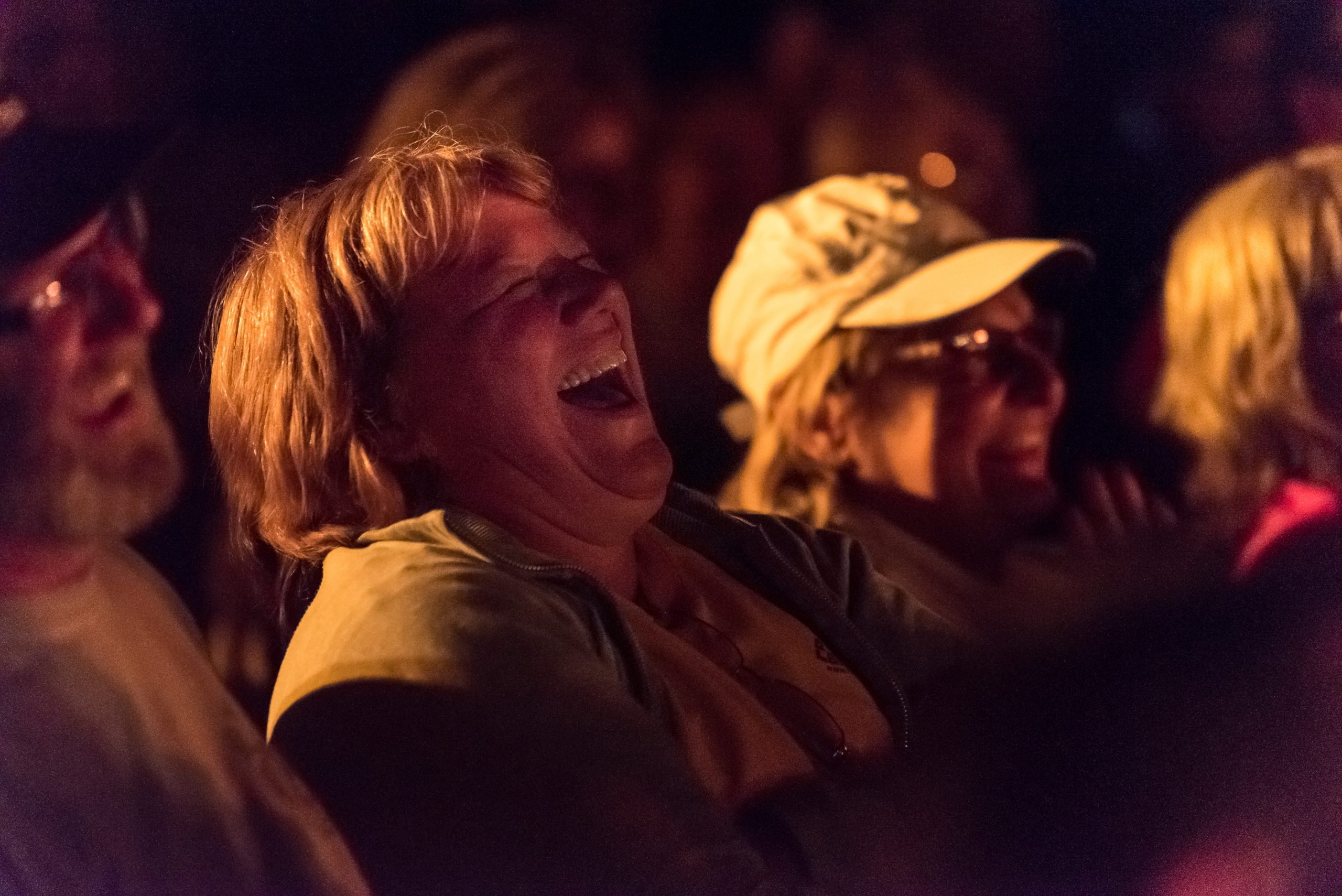 Winner of NBC’s Last Comic Standing, Alonzo Bodden is back to tickle your funny bone. In response to overwhelming requests from Americaders, we’re flying this famous hilarious motorcycle-enthusiast/comedian in again from LA for 2 nights of good, clean humor about motorcycles and the world. You’ll laugh so hard, you’ll feel it the next day.  Treat yourself to a seat before it sells out again. 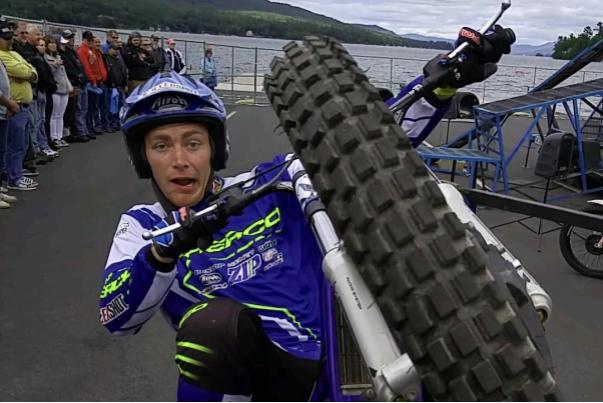 ​The MotoMotion stunt show returns to Americade by popular demand. This all star team is made up of acclaimed pro rider Jordi, and Phil Smage, and his riding partner Troy (stars of NBC’s America’s Got Talent), and will perform a stunt show you’ve got to see to believe. 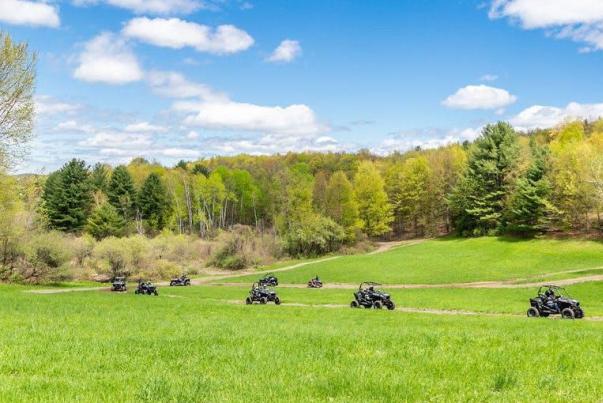 ADIRONDACK SIDE BY SIDE

For the fun-seeking, adrenaline junkie, Americade offers the perfect adventure: An off-road, all-terrain vehicle guided ride through the forests of the Adirondacks. You’ll experience the thrill of driving a high-performance Side-by-Side equipped with a roll cage along rolling paths, past sunny meadows and through shaded groves of trees.

See the RIDES page for details 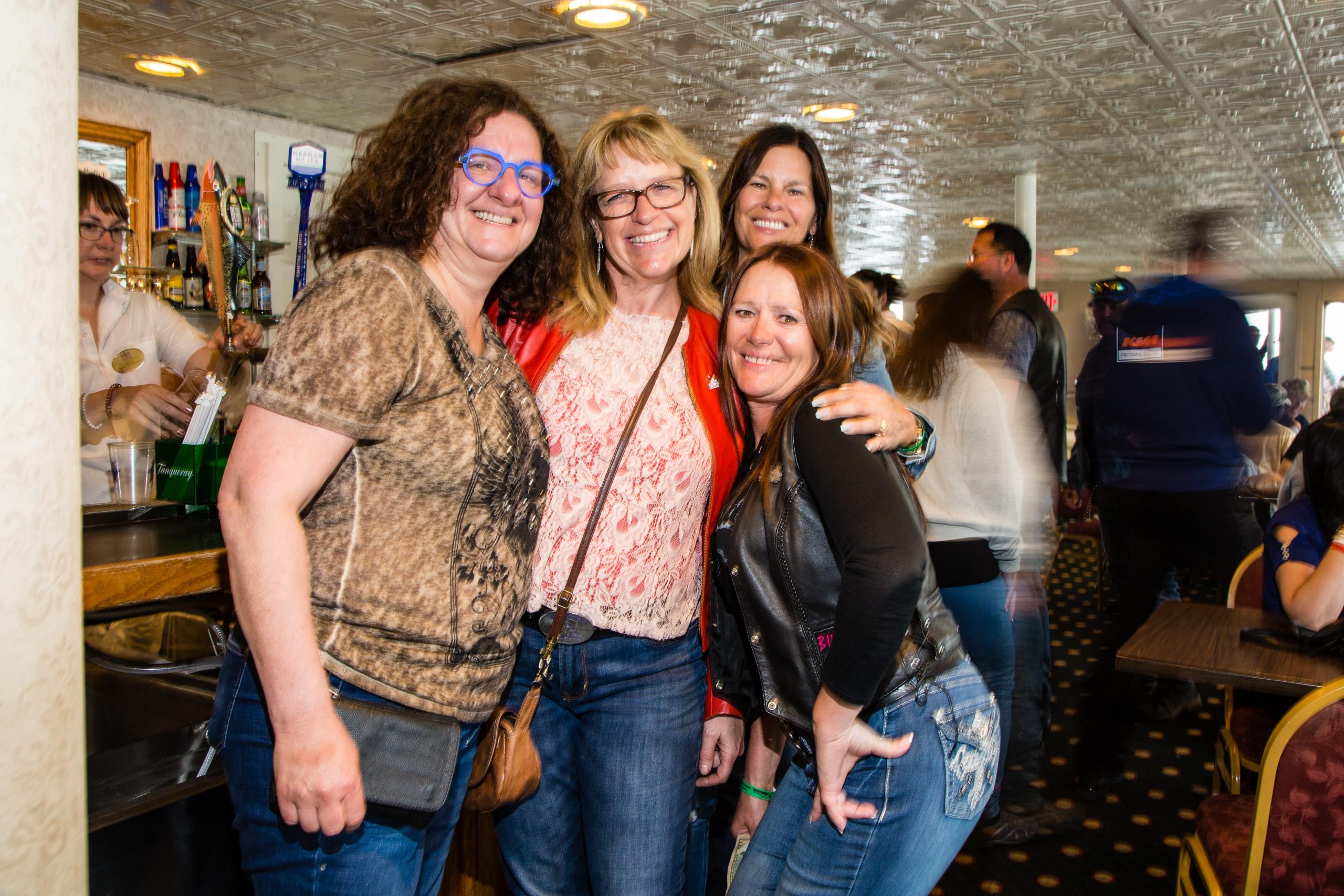 Join The Ladies Coffee & Motorcycle Club (“TLCMC”) moderated by well-known journalist, motorcyclist and world-traveler Diane Ortiz. This informal, and often funny, group of fellow women riders talk about things only women riders can identify with. You’ll hear the funniest responses to “Is that your husband’s bike,” and other questions. Designed for women but open to all!

Want a $500 Shoei helmet for $50 bucks?  The Americade Silent Auction features fantastic gear as prizes. You’ll walk along and choose to bid on on a variety of gear, and if you’re the highest bidder (regardless of how low/high the bid is), then you’ll win!

And, 100% of the proceeds go to the Wounded Warrior Foundation! 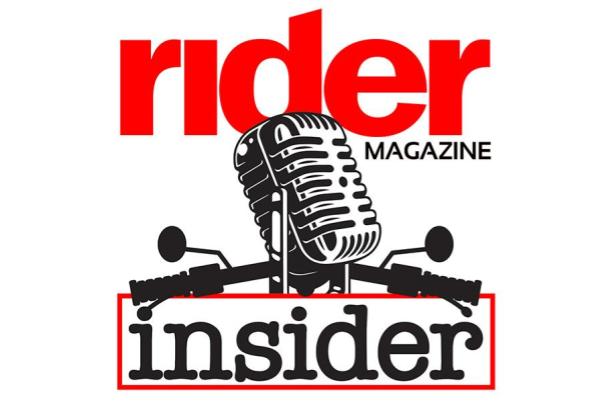 THE RIDER INSIDER, AN ENTERTAINING INTERVIEW

Join Rider Magazine’s Editor-in-Chief, Greg Drevenstedt, for a LIVE recording of Rider Magazine’s popular podcast, Rider Insider.  Greg will interview a special guest who will be announced on July 4th.  You’ll be part of a fascinating interview going out globally on iTunes, SoundCloud and more.  Also, the Knights Of The Roundtable immediately follows this, giving you a great double header. 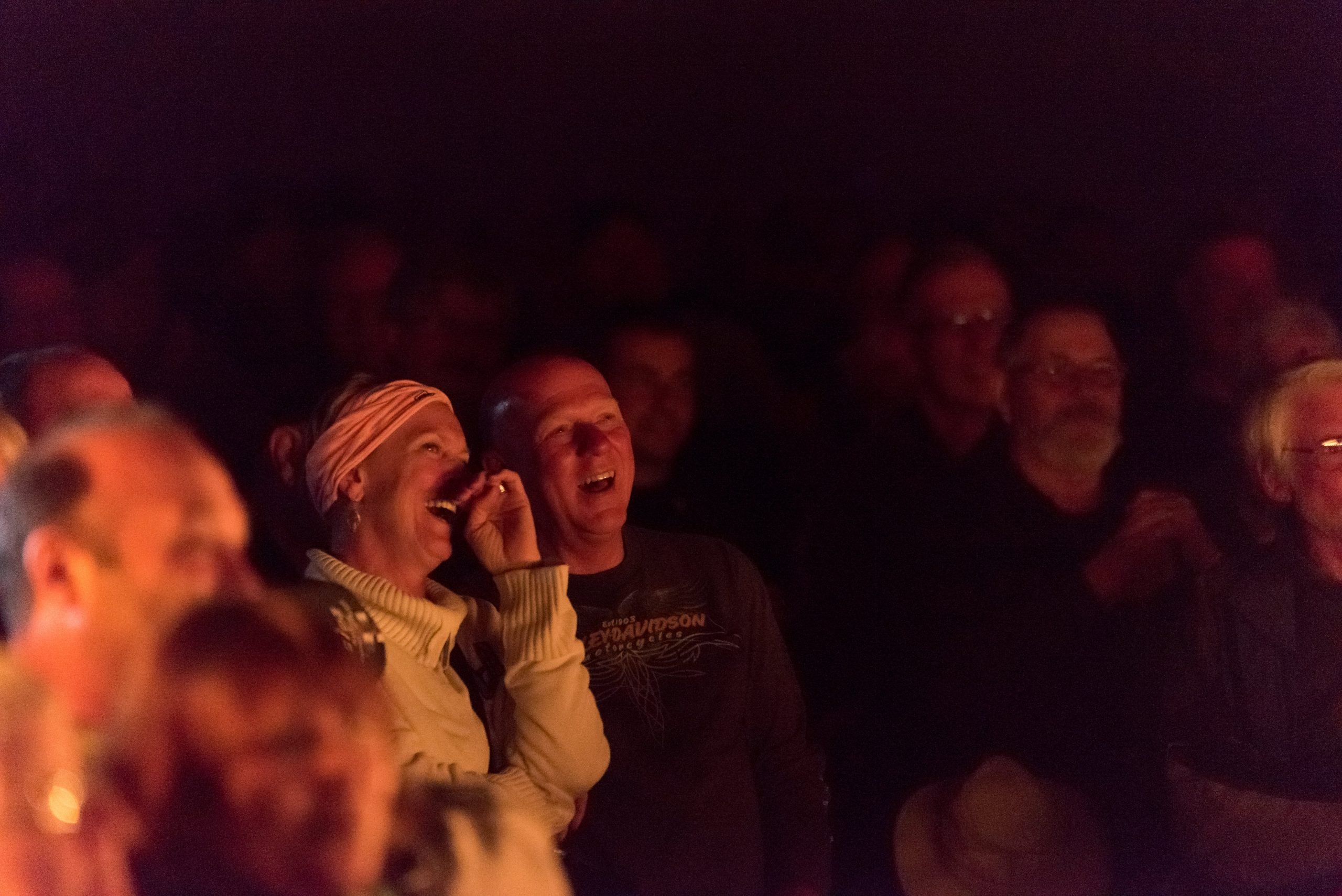 KNIGHTS OF THE ROUNDTABLE – AN ABSURD NIGHT OF TALL TALES

If you put  5 famous motorcyclists around a table, include a goofy gameshow styled host, and ask them to tell their best stories in front of a big audience, you’re in for a good night.  This is back by popular demand.  The “Knights” include Alonzo Bodden (famous comedian and avid motorcyclist), Greg Drevenstedt (Editor-In-Chief at Rider Magazine), Momma D (Renowned Motorcyclist, Author, and MMA Instructor), Bill Dutcher (Founder of Americade, former H-D exec, and avid adventure motorcyclist), and hosted by Fred Rau (Motorcycling Legend and member of the million mile club)

“The Best New Event of 2019”  If you put  6 famous motorcyclists around a table, include a goofy gameshow-styled host, and ask them to tell their best stories in front of a big audience, you’re in for a good night.  This is back by popular demand.  The “Knights” include Alonzo Bodden (famous comedian and avid motorcyclist), Greg Drevenstedt (Editor-In-Chief at Rider Magazine), Momma D (Renowned Motorcyclist and Author), Bill Dutcher (Founder of Americade), and hosted by Fred Rau (Motorcycling Legend)
Get ready for a night of laughs, tall tales, and industry insight. We’ve pulled together some of the most colorful people in motorcycling to outdo each other with their best motorcycle stories (some of which will be true), most surprising experiences on two wheels, as well as provide rare insight into the past and future of motorcycling. This will be fun, informative, and funny! (In 2019, people said “it was one of the best new events we’ve offered in years.”) Alonzo Bodden: Alonzo is a famous comedian whose also a passionate motorcyclist (he rode from LA to Americade several years ago).  His Amazon Prime special was a hit, he’s been a guest on the Tonight Show, Late Night, Comedy Central, he’s joined Jay Leno on several episodes of Jay Leno’s Garage, he’s a regular panel member on NPR’s Wait Wait…Don’t Tell Me, and he won NBC’s Last Comic Standing.  (There’s a lot more, but you get the picture)
Greg Drevenstedt:  Greg Drevenstedt is Editor-In-Chief at Rider magazine, the largest monthly consumer street motorcycle magazine in America. As a full-time staffer since 2008, he has ridden hundreds of motorcycles on five different continents.
Momma D.: aka Dee Jones, is a 6′ tall, 130lb., 50+ yr old, post-menopausal, African-American wife, mother, motivational speaker, personal trainer, and sports nutritionist who’s rolled ½ million miles in 20 yrs – to Fairbanks, AK 5 times and through Canada, Mexico, Spain, Africa, and Brazil plus all 50 states twice on two different motorcycles that sit side-by-side in her display in the Nat’l Motorcycle Museum in Anamosa, Iowa.
Bill Dutcher: Americade Founder; formerly H-D’s Director of PR; worked for Bombardier (Can-Am) and Bultaco, winning motorcycle racer on dirt, ice & asphalt. Recipient of AMA’s Hazel Kolb award; Adk North Country “Citizen of Year”; has ridden as far S. as Tierra del Fuego and as far N. as Northern Labrador plus a couple of rides through Europe. “Still crazy after all these years.” Fred Rau: Editor, Motorcycle Consumer News 1991-1995; Author of Motorcycle Touring Bible; proprietor of Fred Rau Adventure Tours. Has ridden over a million miles; previously Editor, Road Rider and Wing World, consultant to Can-Am’s Spyder division, a recipient of AMA’s “MVP Award”, has been a regular at Americade for over 30 years. https://www.fredrau.com/ “Still riding after all these miles: 1+ million !”

A totally unique, memorable and fun way to spend a day!  You’ll ride an enjoyable route to your destination that allows you to ride an abandoned railroad under their own power in specially made, easy-to-ride “railbikes.”  You’ll go at your own pace, exploring beautiful sections of the Adirondack railroad that never saw passenger traffic.

see the rides page for details 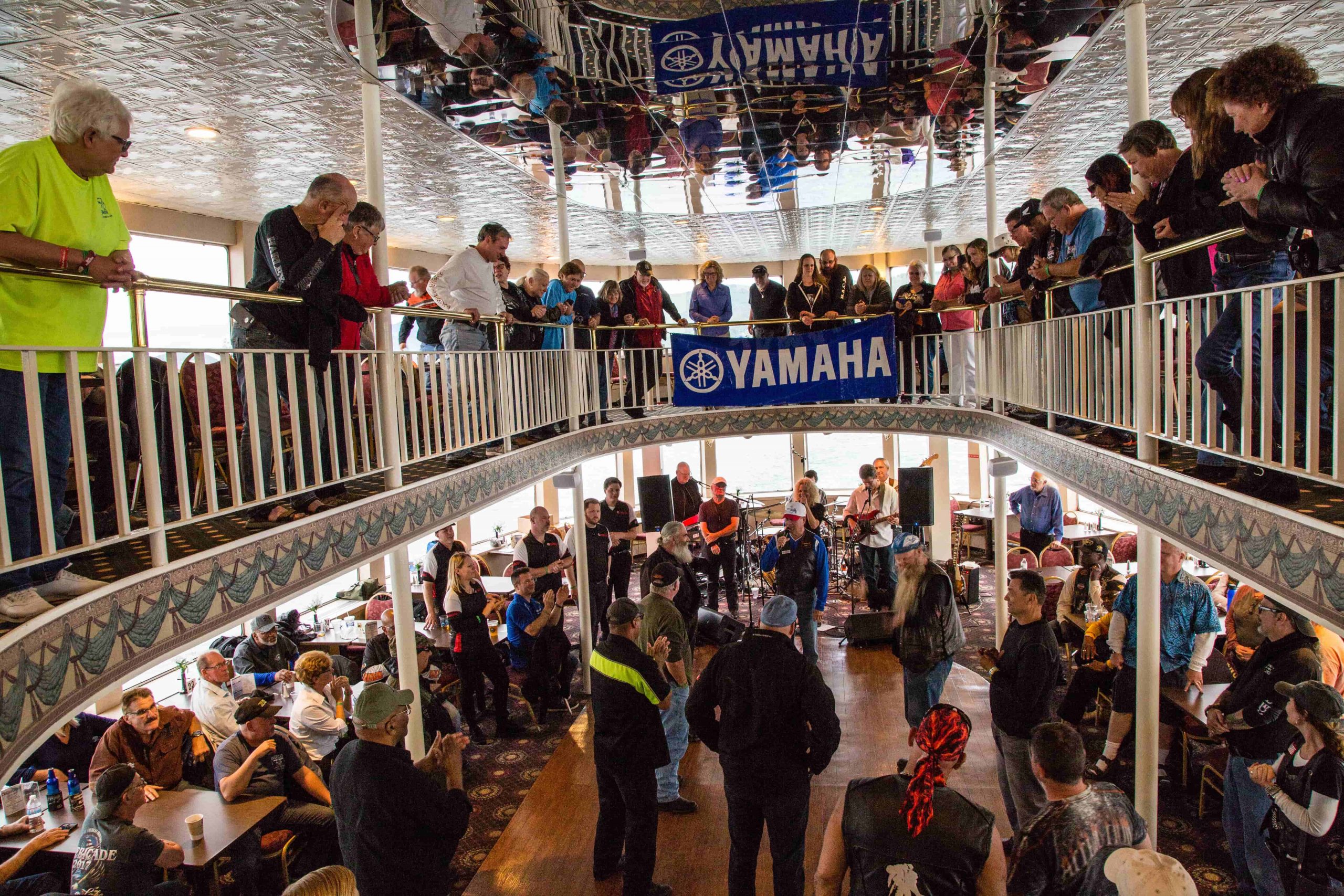 If you’re a vet of any of our country’s services, or just want to be part of a special cruise honoring our vets, then please join us on the Americade Veteran’s cruise.  We’ll host several special and fun moments honoring those who have served. 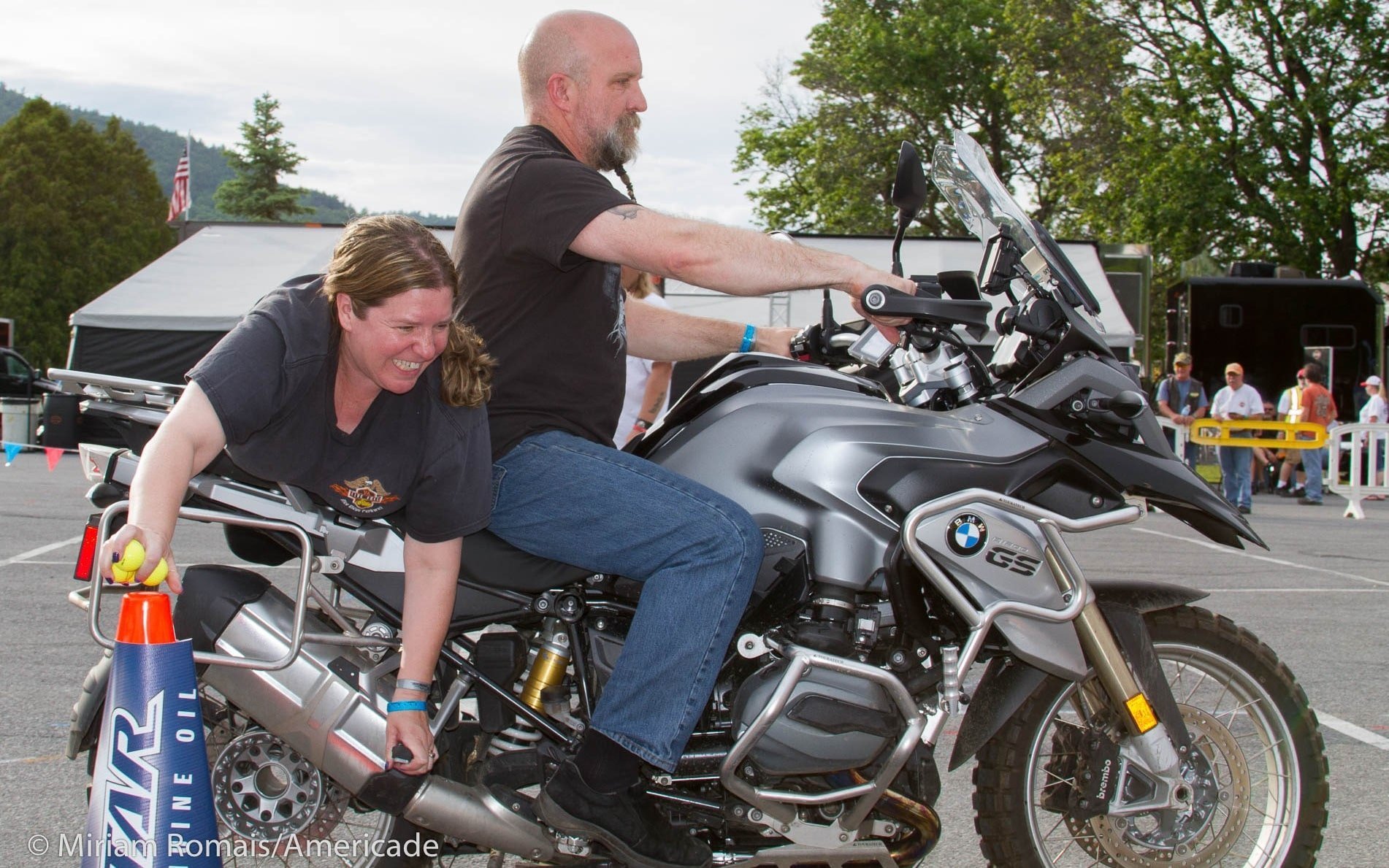 Americade field events and riding games are a hoot to watch, and even more fun to participate in.  They’re (fairly) easy to participate in, give you a laugh, and heck you might even win some prizes.  Bring your bike, a sense of humor and your helmet. 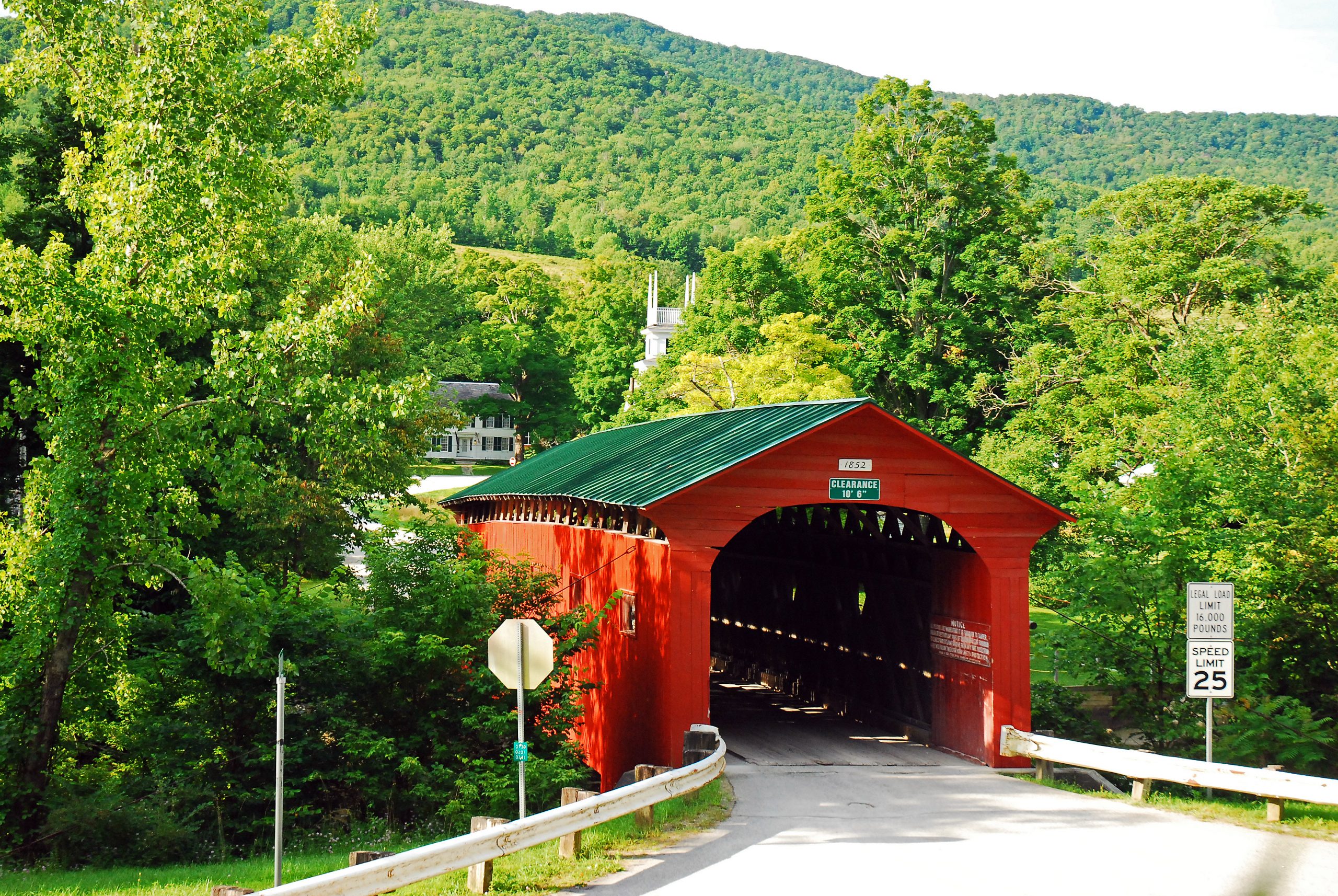 It’s Americade’s Biggest Night! The biggest stage, the most prizes, the nicest meal, the best view for fireworks and an incredible night of music! Tens of Thousands of dollars in prizes are given away, so don’t miss it! 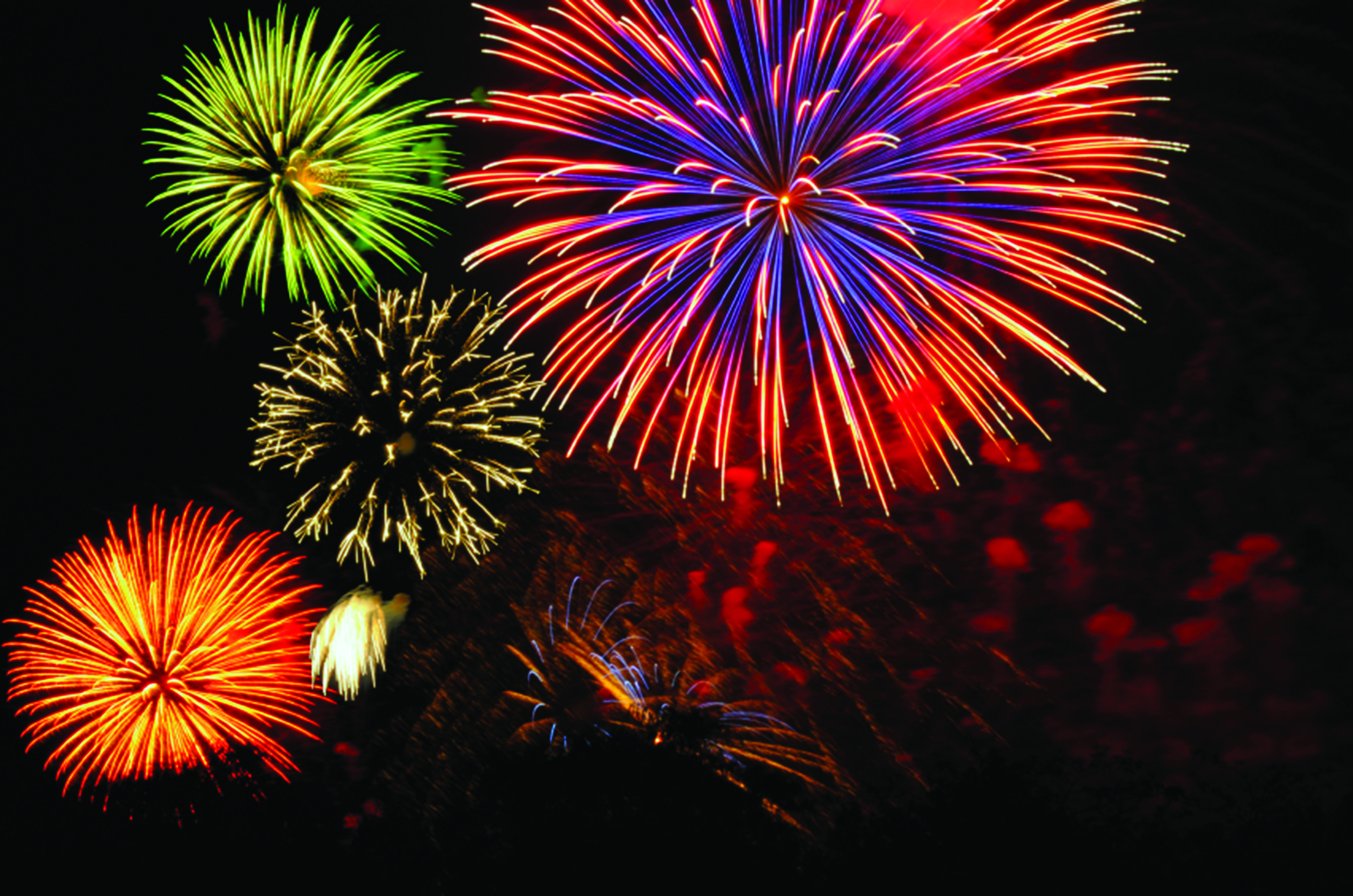 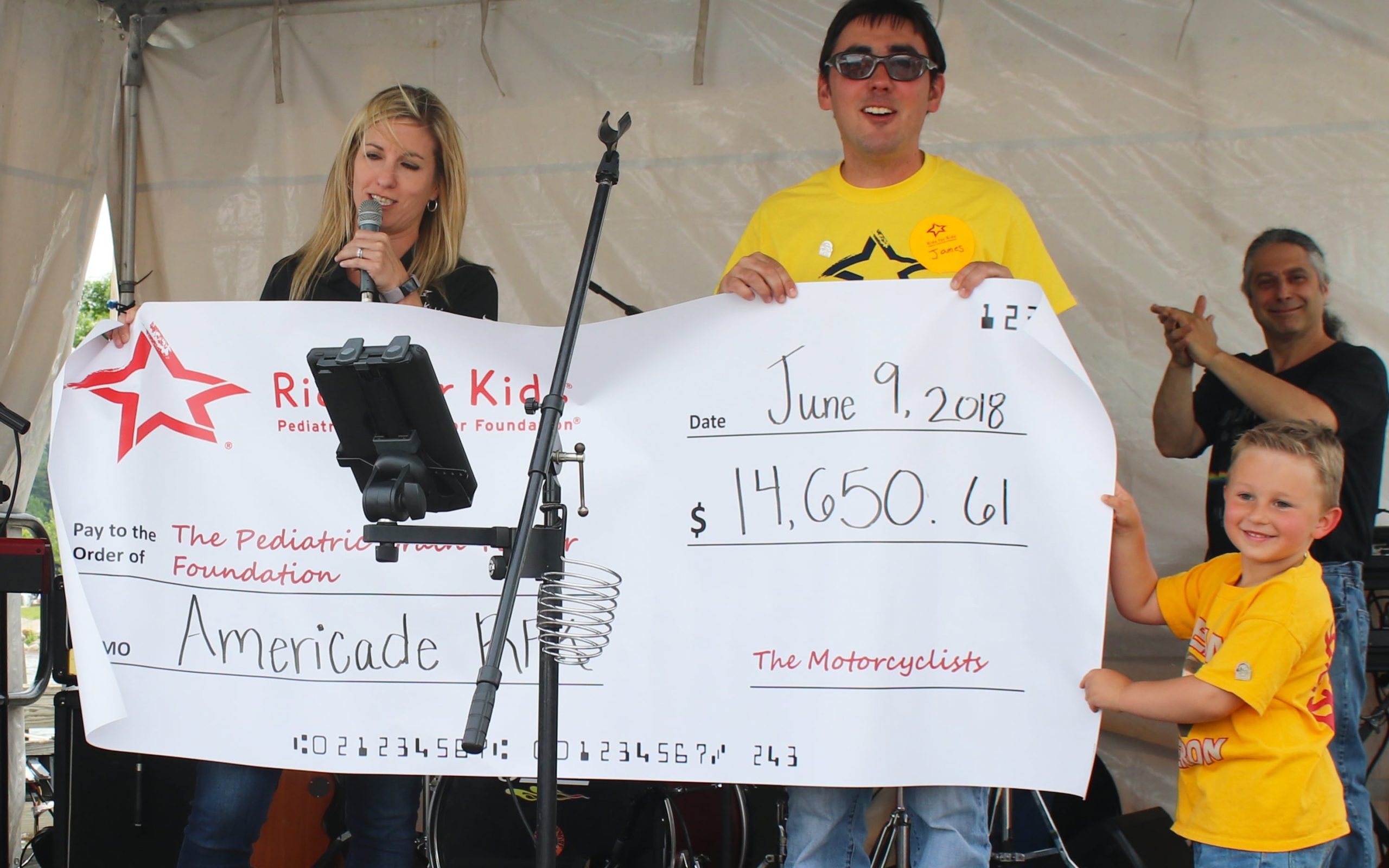 THE AMERICADE RIDE FOR KIDS RIDE AND PARADE

Americade’s Ride For Kids Ride is a special, scenic ride that helps very sick kids. You’ll be a VIP in this hour-long festive ride that ends in a touching moment where over $20,000 will be raised for this incredible charity. You can ride for free to show your support.  This is fun, deeply moving and obviously memorable.

see the rides page for details

get the latest americade news

Hear the latest updates from Americade. We don't send spam. Ever.